Groove 8 is an jazz/funk collective formerly known as Audioform. Having toured as Audioform for four years, the band decided to focus its energy on a new brand and direction. Groove 8's latest album and first under the new name, DEBUT, was released on March 6, 2009. Debut was recorded and produced by Alan Evans (Play On Brother Studios) who is the drummer and founding member of the band SOULIVE. The album includes the first ever vocal track - The Dream - by the band. Debut is an eleven track album that will reaffirm the groups original attempt to fuse several genres into a melting pot of groove. 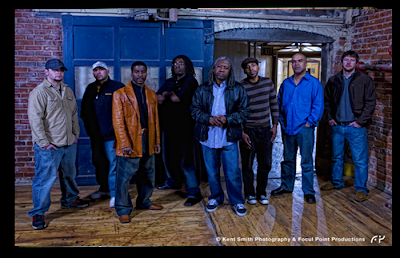 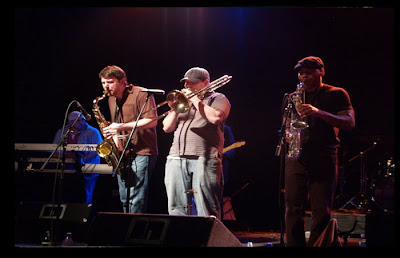 Posted by Jason Thiel - Downtown Winston-Salem Blog at 12:38 AM