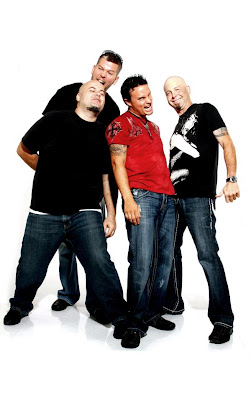 Click on Photo or this text for link to Simplified Website
The accolades tell the tale of Charlotte North Carolina's Simplified: Best Rock Album of 2007 for SMILE from The Charlotte Music Awards and a sell-out show at the historic Visulite Theatre earlier this year seem only harbingers of greater things to come. In its short five year history, Simplified has developed into a musical and performance force with which to be reckoned. Hundreds of fans flock to shows in and around the southeast and the band is poised to begin touring nationwide in 2009, promising a bigger and brighter future for an already successful ensemble.
Posted by Jason Thiel - Downtown Winston-Salem Blog at 12:19 AM