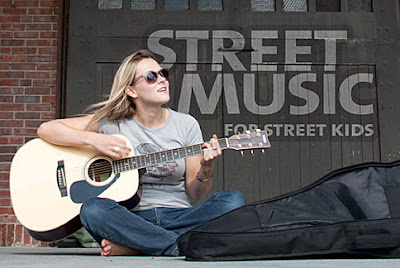 The dates for the Sidewalk Sounds Music Hop Series are (a schedule of street musician performers will be announce in the coming days):

Why is this taking place?
The idea behind Sidewalk Sounds is to create a non-business and city service intrusive - no street closings and no mass gatherings of people for a specific destination type event – activity that enhances the existing vibrancy of our current retail, restaurant, and nightlife establishments and encourages people to stroll through a part of town, or the whole Trade Street & 4th Street corridor, taking in the sights, sounds, smells, and places in a more interactive and participatory way.

The Sidewalk Sounds Music Hop Series is a collaborative effort of The Arts Council of Winston-Salem & Forsyth County (AC of WS), The Downtown Winston-Salem Partnership (DWSP), and the Downtown Arts District Association (DADA).

Sidewalk Sounds is supported in part by the following not really real organizations:
Walk Winston
Art Works
Music is Every Where