What is it:
- A FREE shuttle service between BB&T Ballpark and the central core of downtown Winston-Salem. See picture of the shuttle bus below.

Where:
- Click on map below to download the route. The shuttle will run from BB&T ballpark (First & Green Streets) through the heart of downtown to the Millennium Center and back. The "Trolley Stop" symbols on the route indicate shuttle stops along the route.

The stops will include BB&T Ballpark, the rear side of the Center City West parking deck (on Holly Ave), 4th & Spruce Streets and 5th & Trade at the Millennium Center.

Who can ride shuttle:
- Anyone can ride the shuttle, even if you just want to get from one side of downtown to the other.

Additional Information:
- If you park in the Center City West parking deck (650 W. Fourth St.) for ballgames, you can easily catch the shuttle on the back side of the parking deck along Holly Ave. Just drive into the deck and drive to the lower level of the deck and then exit to Holly Avenue side. Look for directional signage in the deck. 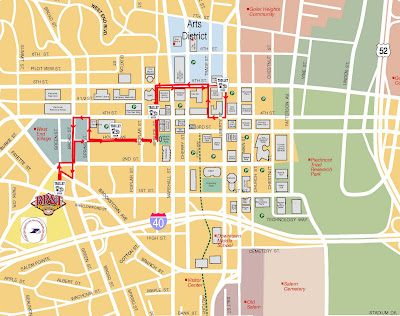 Picture of the Shuttle Bus 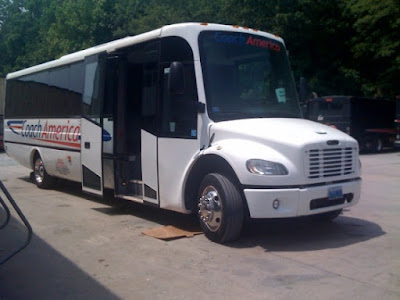