Survivor of the City


It was 1915 when Efird L. Hine took a look around his cramped merchandise space on the corner of Main and Fourth Streets and decided to move into the new two-story Ogburn building at 211 West Fourth Street. Hines Shoe Store, established in 1910, had grown from one clerk to nine in a nfive-year span and needed to expand.

The brick structure with a marble and glass storefront allowed space for 6,000 pairs of women’s shoes, 4,500 pairs of men’s shoes and a complete line of slippers and children’s shoes. Along with the new quarters came the addition of a shoe repair department, and the second floor became the stock room. The shoe store’s slogan “A Fit is the Thing” was widely known and out-of-town customers placed orders from Raleigh to Atlanta, Georgia.

In early 1916 Efird Hine opened the doors of his new store where it would thrive for the next eighty years. The space is now vacant and for rent. 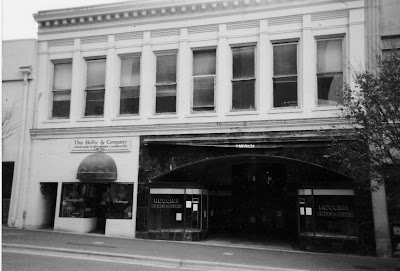 You had shared an informative article. Now I know about Hines Shoe Story. I'm looking forward for more useful articles on your blog.