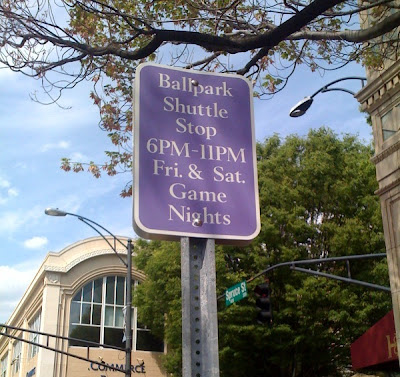 Downtown Dash Shuttle Photo Contest!! Take a photo of yourself in front of one of four official "Ballpark Shuttle" signs AND also take a photo of yourself riding on the Downtown Dash Shuttle bus this weekend (June 10 and 11) for a Winston-Salem Dash game at BB&T Ballpark and post the photos on the DWSP Facebook page and you are entered to win a downtown W-S restaurant gift card!
Posted by Mary Charlotte at 9:50 AM