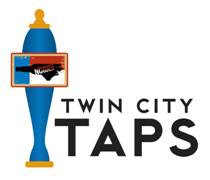 “Our state has a very long and rich history of beer brewing, and we at the Brewers Guild look forward to celebrating the wonderful craft beers from across North Carolina at Twin City Taps,” said Anna Lockhart, executive director of the North Carolina Brewers Guild. “North Carolina holds its own among world-class beers. In fact, our state’s breweries have taken home more medals from the World Beer Cup and Great American Beer Festival than any other Southern state in recent years.”

“As North Carolinians, we have good reason to be very proud of the fresh, great-tasting beers that will be served at Twin City Taps,” Lockhart added. “I look forward to raising a cup of cold beer and saying ‘cheers’ to people in Winston-Salem in August.”

Tickets to Twin City Taps go on sale June 15. General admission tickets are $35 and include beer samples and a commemorative cup. VIP tickets are $55 and include food and beverage in BB&T Ballpark’s Womble Carlyle Club.

“Twin City Taps is another example of the high-caliber events that we like to host at BB&T Ballpark,” Geoff Lassiter, president of the Winston-Salem Dash said. “We look forward to working closely with the Brewers Guild, the Downtown Winston-Salem Partnership and other local groups to make the first Twin City Taps a highly successful event for the entire community.”