Winston-Salem Symphony Rings in the New Year with a Big Band Celebration! 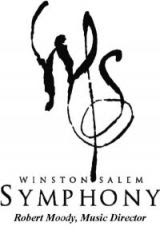 The Winston-Salem Symphony will present Plugged-In POPS! New Year’s Eve Celebration on December 31 at 8:00 p.m. at Reynolds Auditorium (301 North Hawthorne Road, Winston-Salem). This concert promises to be a perfect way to end 2011 and ring in 2012.

Conducted by Maestro Robert Moody, music director for the Symphony, the program will include selections from the following swing and big band favorites: A Salute to Duke Ellington, Moon River, by Mancini, Promenade (Walking the Dog, by Gershwin, Sing! Sing! Sing! arr. Hemann, Songs we knew during WW II, arr. Munford, and When the Saints Go Marchin’ In.

Tickets cost $15 - $60 and can be purchased by phone at 336-464-0145 or online at wssymphony.org. The Plugged-In Pops Co-Series Presenting Sponsors are Forsyth Medical Center and Womble Carlyle Sandridge & Rice, PLLC. The concert is sponsored by Blue Cross and Blue Shield of North Carolina and an anonymous guest artist sponsor, in honor of the Encore Society.

Posted by Jacqueline Gardiner-Veal at 3:29 PM