Here is a blog post about "some" of the construction sites around downtown.  I will be doing some additional posts in the near future on some other projects that are also under construction or in the works. 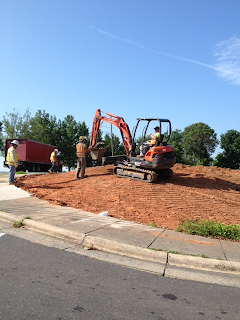 Site clearing has begun at this new apartment project directly across the street from BB&T Ballpark.
Link to March 29, 2012 news story by Katie Arcieri at the Business Journal - http://www.bizjournals.com/triad/print-edition/2012/03/09/samet-plans-205-apartments-next-to.html?page=all 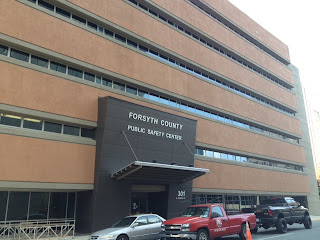 The Forsyth County Public Safety Building is nearing completion - Here is a link to a previous blog post, which also has some news links for more info - http://downtownwinstonsalem.blogspot.com/2012/04/forsyth-county-public-safety-facility.html 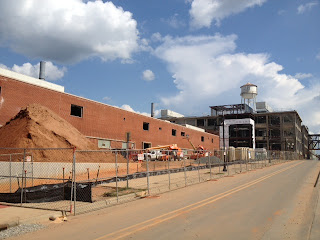 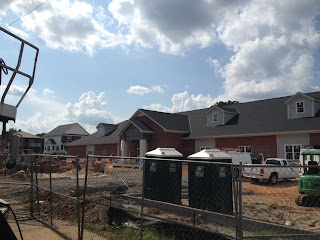 Mudpies Downtown East in nearing completion of construction - here is a link to a Fox 8 news story from December 12, 2012
http://myfox8.com/2012/12/12/3-million-childcare-and-development-center-planned-for-winston-salem/ 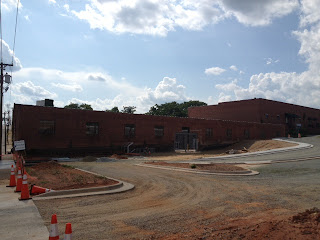 Arts Based School (Formerly known as Arts Based Elementary) is expanding from K-5 to K-8.  These existing buildings along 7th Street are being renovated into classrooms, studio space, and play areas for the students.  Construction will be completed by late August to accommodate the upcoming school year.
﻿
Posted by Jason Thiel - Downtown Winston-Salem Blog at 2:15 PM