What is a City? - A new Film and Discussion Series

What is a City? is a new Film & Discussion Series that starts on May 20th at a/perture cinema at 311 W. Fourth Street from 12 Noon to 1:30.  The film is about an hour long and their will be discussion after the film led by Matt Burczyk, Bicycle and Pedestrian Coordinator with the City of Winston-Salem, Department of Transportation.

The Film Series is being brought to you for free by the Planning Committee of the Downtown Winston-Salem Partnership, The Community Design Studio of Winston-Salem, and a/perture cinema.

Contested Streets was chosen in recognition of May being National Bicycle Month. 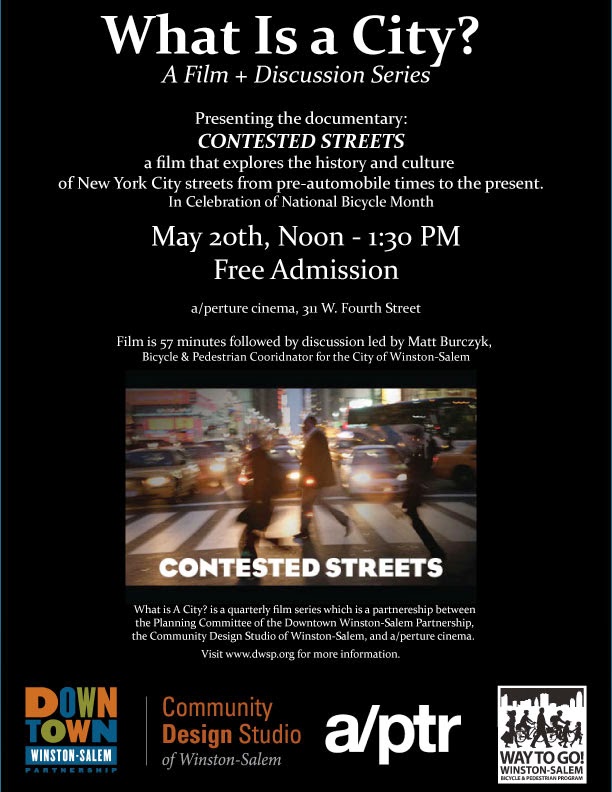