The Lessons of History:
Doris Kearns Goodwin on
the American Presidents 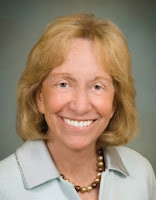 Doris Kearns Goodwin, world-renowned historian, has been reporting on politics and baseball for over two decades. Goodwin is the author of several books and has written for leading national publications. She appears regularly on network television programs and was an on-air consultant for PBS documentaries on Lyndon B. Johnson, the Kennedy Family, Franklin Roosevelt and Ken Burns' The History of Baseball. She was the first female journalist to enter the Red Sox locker room. Goodwin was born and raised on Long Island, New York. She received her B.A. from Colby College, where she graduated Magna Cum Laude. She received her Ph.D. in Government from Harvard University, where she taught Government including a course on the American Presidency. (Read more about Doris Kearns Goodwin) 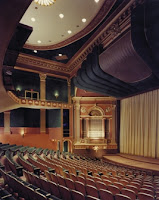 Stevens Center
Tickets are now available for purchase through the
Stevens Center box office in person,
by calling 336-721-1945 or online.

Posted by Jacqueline Gardiner-Veal at 3:38 PM